You are here: Home / Uncategorized / Millet 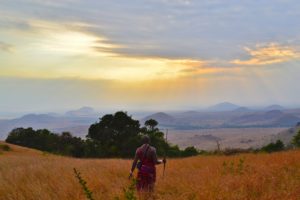 I really want to talk about millet.  It is the most underrated grain in the world and in my opinion, it can be the solution to famine and malnutrition.  I was first introduced to millet at the bakery, as an ingredient I added to our granola bars.  Most customers had no clue what millet was, or if they did, they referred to it as chicken feed.  I later got exposed to it in Sri Lanka and in Tanzania.  But in both locations, it came far behind everyone’s favorite: diabetes causing white rice.

When I was healing my candida, and learned that I should only eat millet, quinoa , buckwheat and amarath as grains.  I turned to millet as it was the cheapest option.

In both Sri Lanka and Tanzania, I saw that traditional crops had been replaced by some super hybrid version of rice or maize.  I read that Sri Lanka use to have over 2000 varieties of rice that were organically grown  on ecofriendly techniques such as crop rotation, green manure, compost, biological pest control and ancient irrigation systems.  Today, I believe that their traditional rice varieties count for less than 5%.

In Tanzania, I was fed maize on a daily basis and saw the immediate consequences on my health, imagine a lifetime.  Maize, like rice, is low in nutrition and leaves you even more hungry than before.

Please take the time to listen to this short podacast on how maize has been destructive in places like Malawi and its people.

You can also download for free this amazing book : the Lost crops of Africa. They have a version on grains, vegetables and fruits.

It really is a scandal that famine and malnourishment is still happening today.  We can bring guns and vaccines in the most remote of locations, but not food.

And if you are ever in Bangalore : The Millet Cafe